Tottenham Hotspur have accepted a £6m bid for their 30 year-old striker Robbie Keane from Birmingham City. 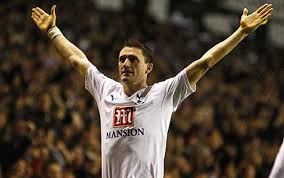 Keane has struggled to break into the Tottenham first team this season, making 13 appearances for Spurs, 11 of which have come from the bench.

It’s believed that the deal will see Blues pay £4m up front, with a further £2m coming in add-ons.

Blues boss Alex McLeish has made bolstering his forward line a priority in the January transfer window, after seeing his side only manage a paltry 20 goals in the Premier League thus far this campaign.

Keane will now discuss personal terms at St. Andrews, where he could join David Bentley, who has joined Blues from Spurs on-loan until the end of the season, and Kenny Miller, the Rangers forward who is also in talks with the Midlands club, but Miller also has the option of a move to Italy with Fiorentina.