Wolves have made their first signing of the transfer window, signing the highly-rated winger Adam Hammill from Barnsley for a fee of £500k.

Hammill, 22, had scored 8 goals in the Championship this season, and has now pitched up at Molineux after Wolves exploited a get-out clause in the players contract at Oakwell.

“Wolves are a massive club and I’m pleased to be getting the chance to try and play Premier League football,” he told the club’s official website.

“I think my ambitions go hand in hand with the club’s.”

The winger, who will provide competition to Matt Jarvis and Stephen Hunt, has penned a three-and-a-half-year deal at Molineux

Aston Villa striker John Carew looks set to be on his way to the Britannia Stadium, after having a medical at Stoke City. 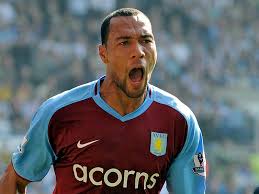 The Norwegian target-man, who fell out with Gerard Houllier soon after the Frenchman’s arrival at Villa Park, will join the Potters on a six-month deal, with Tony Pulis’ side effectively taking over the 31-year-old’s contract.

The news will come as a blow to Roberto Di Matteo, who had earmarked the big striker as the man he wanted to partner Peter Odemwingie in the Albion attack for the remainder of the season.

Finally, David Wheater, the former England under-21 international defender has joined Bolton Wanderers on a three-and-a-half-year deal that could see Bolton pay £3.8m for the Middlesbrough defender.

“There has been a lot of competition for his signature and again this shows a willingness on our behalf to invest in youth,” said Bolton boss Owen Coyle.

“We have parted with good money for a very talented player who has been involved with England squads before.

“We want him to be involved at that level again and to do that he will have to play well for Bolton Wanderers, however, he has arrived here with a real desire to achieve that.”