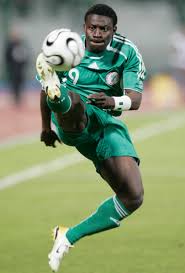 Obafemi Martins, the former Newcastle United striker currently with Rubin Kazan in Russia, has made a surprise six-month-loan move to Birmingham City.

The Nigerian striker has struggled to settle in Russia, following a €17m transfer from Wolfsburg last summer.

Niko Kranjcar, the Tottenham Hotspur midfielder, has failed to agree terms on a move to German side Werder Bremen.

The Croatian international has found his opportunities at White Hart Lane limited this season, but wants to remain in the Premier League.

The Hoops have agreed to pay £300k for Commons services.