Andy Carroll signs for Liverpool, and claims to have been “told to go” in stunning £35m deal 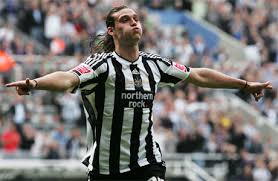 After a dramatic day, the Reds have confirmed the 22-year-old has signed a five-and-a-half-year-deal at Anfield.

An offer of £35m plus add-ons was initially rejected by Newcastle chairman Mike Ashley, but it was reported that Carroll then handed in a transfer request to force through the move and the North East club reluctantly accepted the proposal.

Yet that isn’t the way the new Liverpool man sees it.

Concerning the move taking him away from Newcastle United, according to the Sunderland Echo, Carroll told Newcastle ToonTalk Fanzine editor Steve Wraith, via text message: “I’m gutted to be leaving my home town club – I was told to go.

“I didn’t want to leave that’s why I signed a five year deal – I was pushed out of the door.”

Carroll, who has 11 goals to his name in the Premier League so far this season, will be paired in a new-look strike-force at Anfield by Uruguayan international Luis Suarez.

Furthermore, Carroll made his international debut for England against France at Wembley in November and is expected to become an integral part of Fabio Capello’s squad.

The player, who is yet to kick a ball in 2011 due to a thigh injury, has been given the number nine shirt at Anfield, that has been vacated by Fernando Torres, after his move to Chelsea.

Football writer & all-round pen for hire. Can tiki-taka or counter-attack at pace. Differentiates Athletic from Atletico. Follow me on twitter: http://twitter.com/AA_Richards
View all posts by AA_Richards →
This entry was posted in England, Premier League, Transfers and tagged Carroll, Chelsea, Liverpool, Newcastle, Torres. Bookmark the permalink.