Fernando Torres signs for Chelsea in £50m deal, but how will he fit in at Stamford Bridge 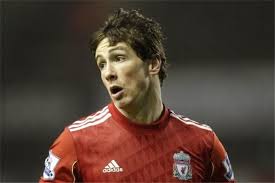 Torres, 26, joins Chelsea’s vast array of attacking talent for the stunning fee of £50m, on a four-and-a-half year deal, which will see him earning around £175k per week.

However, the big question now is, how will the former Atletico Madrid striker fit into Carlo Ancelotti’s plans at Stamford Bridge?

At both Atletico and Liverpool, El Nino has been the main man (even when playing alongside Sergio Aguero at Atleti or David Villa with Spain – they always sacrifice theimselves to accomodate  him).

He’s always been the top dog, the man who plays furthest forward, the go-to-guy when his sides have needed goals from him.

However, the Spaniard will arrive at Chelsea and find that the position of central striker and main man is already taken – by the Ivorian powerhouse, Didier Drogba.

So now the onus will fall on the Chelsea boss to find a way to get the best out of his two main men, aswell as his supporting cast, including Nicolas Anelka (who was of course offered to Liverpool as a makeweight in the Torres deal), Florent Malouda and Frank Lampard.

So what are the options available to the former Reggiana, Parma and AC Milan boss? For whilst he has talented attacking players at his disposal, he now needs to get the best out of a side that has somewhat stumbled through the last two months of the Premier League season. 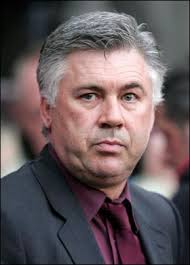 Carlo Ancelotti – Choices to be made

First things first, Chelsea are a side who plays 4-3-3, with Drogba as the spearhead and Anelka and Malouda in support on either side.

The squad’s attacking players, including Anelka, Malouda and Salomon Kalou, all prefer to play centrally – the only natural wideman that they have is Yuri Zhirov, the pacy left-footed Russian international.

Therefore, a transition into playing 4-4-2 with both Torres and Drogba up front, pushing Malouda back wide-left and having Anelka or the energetic Brazilian central-midfielder Ramires pushed wide-right wouldn’t suit the personnel at Ancelotti’s disposal (Anelka would be paricularly averse to such a change).

Playing the same 4-3-3 formation that they currently employ, the Blues could use a rotation system between their current front three and the Spaniard.

But that’s all well and good, until the first big game that Chelsea play, against one of their rivals, and one of the four is dropped – because then they are instantly demoted to second choice.

Also, whilst Anelka and Malouda are quite happy to play as the side-kick, drifting to do most of their best work, alot of which is unselfish to supply either Drogba or an on-rushing midfielder, such as Frank Lampard, out in the flanks, would Torres or Drogba be happy to do the same?

I think not – Both are strikers in the most purest form of the word – put simply, they thrive on scoring goals.

As a manager, during his days at both AC Milan and Parma, Ancelotti has often played either the 4-3-3 he currently makes use of or a 4-3-1-2 formation (this was used to particular effect during his time with Milan when Brazilian Kaka played behind Andriy Shevchenko – during his glory years – and the prolific Pippo Inzaghi).

Ancelotti could encompass this formation with a straight front two of Torres and Drogba, with the fleet-footed Malouda in the hole behind, drifting and probing, with a central midfield trio of Essien, Mikel/Ramires and Lampard.

This formation would see the full-backs continue to be vital in giving the Blues width and would quite possibly be the most seemless transition from playing with one up top, to playing with a pair of central strikers, as it essentially just transfers two players, one into a position more central, the other further forward. 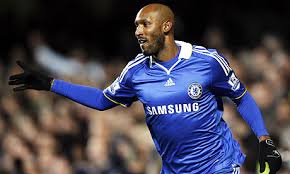 Nicholas Anelka - Set to be culled at Chelsea

The rest of the side, the system they play defensively, their positioning, stays the same, meaning that wholesale changes to the sides shape aren’t required.

Nonetheless, a change to the 4-3-1-2 formation would effectively make Anelka’s place in the Chelsea first team redundant.

But these are the questions that Ancelotti gets paid to make and are the decisions that will probably have already been decided when Ancelotti and Roman Abramovich pressed ahead with the deal to take Torres from Anfield, in turn making him the costliest signing ever seen in the Premier League.

Torres, will be available to make his Chelsea debut in Sunday’s Barclay’s Premier League match against his former club Liverpool at Stamford Bridge.

That should be very interesting, not just for the Chelsea new man, but also for the old guard.