Andy Carroll was not forced to leave says Alan Pardew

Newcastle United boss Alan Pardew has refuted claims from new Liverpool striker Andy Carroll that he was forced out of the St James’ Park exit door. 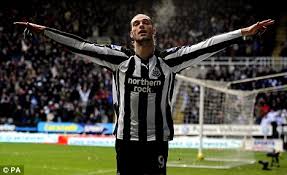 However, Pardew says that Carroll wanted a new contract at Newcastle, having seen the £35m offer come in from Anfield, and that when told he wouldn’t be getting one, handed in a transfer request.

“We had a conversation about him wanting a new contract, and [Carroll said] if he did not get that contract he wanted to go” Pardew told the Shields Gazette.

“We turned down a big offer, and they came back with a second big offer.

“We were having a discussion about what we were going to do with that offer when Andy requested to see me.

“I went to see Andy, and face to face. I asked him what he wanted, and I went to the board. We had a discussion about what the ramifications would be for the whole club.

“We took the view, with him signing a contract in October, that this would cause us all sorts of problems.

“We decided that we needed the conversation confirmed, and [that] he put in a transfer request, which he did.

“He spoke to his agent, and between them they put the request in. We decided with the size of the offer, and what it meant to us, that we would accept.

“But no club is about one player. We’re absolutely gutted that he’s gone. It’s disappointing, but we’re not in a financial position like Liverpool.”

Carroll, 22, has replaced Fernando Torres, who moved to Chelsea, as Liverpool’s number nine, and he will be partnered bu Luis Suarez the Uruguay international on Merseyside in a new look strikeforce for Kenny Dalglish’s side.

On the other hand, Pardew is left with a shortage of frontline options, with only Leon Best, Shola Ameobi, Peter Lovenkrands and Nile Ranger as striking options.