Arsenal manager Arsene Wenger has said that he is not worried that club captain Robin van Persie is in no rush to sign a new contract at the Emirates Stadium.

However, quite simply, anyone connected to Arsenal should be.

Following the 2-1 win over Sunderland, where Dutch forward van Persie scored both Arsenal’s goals, Wenger, said: “If you give 100% until the last day of your contract, that is what I call commitment.

“For me it is not commitment to have a long contract. He knows that we are ready to talk about it [a new deal].”

He continued, speaking to BBC Sport: “The ideal situation is that he extends his contract and if he doesn’t you have to respect that. What is important is he plays how he plays.”

Arsenal supporters can have no qualms about van Persie on that front. Currently, it is no over-exaggeration to say that the Holland international is single-handedly dragging the Gunners from the foot of the Premier League table after their dismal start to the campaign.

Once more in yesterday’s win, a side shorn of Samir Nasri and Cesc Fabregas since their summer departures, looked lacking in ideas and creation – two hallmarks of Wenger’s Arsenal ever since his arrival in 1996 – from all except van Persie. Take the former Feyenoord man out of the side at the moment, and the Gunners look severely lacking.

The weight of Arsenal’s attack is well and truly on the shoulders of van Persie since the aforementioned duo’s moves to Manchester City and Barcelona respectively. And fortunately for Wenger, the Dutchman has stepped up to the plate, and is virtually doing the job of two men.

Not only is RVP playing as a number nine, proving clinical as a lone striker and leading the line, showing exemplary class, but he is also performing as a number 10 (in my opinion his more natural position – van Persie is more Dennis Bergkamp than Ian Wright), dropping deep to create chances for teammates.Unfortunately, he no longer has a Fabregas – someone running beyond him – to get onto the end of his through passes. He’s having to create and score goals, sometimes out of nothing, for himself, whilst the jury remains well and truly out on his support cast – Gervinho, Walcott, Chamakh, Arteta, Rosicky – none of whom have excelled this season, whilst Jack Wilshere remains sidelined through injury.

Now the Dutchman has reached the age of 28. He’s hitting his peak. He’s always been an intelligent, clever player, but now he has added experience and cunning and is a truly masterful forward.

His contract at the Emirates expires in the summer of 2013, meaning that if he doesnt pen a new deal, then a move could be on the cards next summer (as it will be the last when Arsenal can command a fee for him) and a number of sides will have more than a passing interest in him – Bayern Munich and Manchester City having already been mooted as potential destinations.

Publicly, van Persie is saying all the right things. He’s happy at the club, has no intention of leaving. However, he must be asking serious questions as to what direction the club are heading in. The two Manchester clubs and Chelsea would appear to have moved even further away from them, whilst Liverpool and bitter rivals Spurs would appear better bets for top four finishes, and Champions League football next season, something that van Persie must surely feel he cannot do without.

There are alot of problems at Arsenal, it would seem. Many of those problems are on-field, with the side looking a shadow of the one that collapsed towards the end of last season, having lead the Premier League table in February. But there can be no problem that needs resolving more urgently than that of tying down the captain, the club’s genuine only remaining world-class talent and seemingly the sides only on-field leader, to a new contract.

As much as Arsene Wenger – infamous for not seeing things – may not want to admit it, he needs to open his eyes to this latest contract situation that could once more de-stabilise his club. And he needs to do it sooner rather than later. 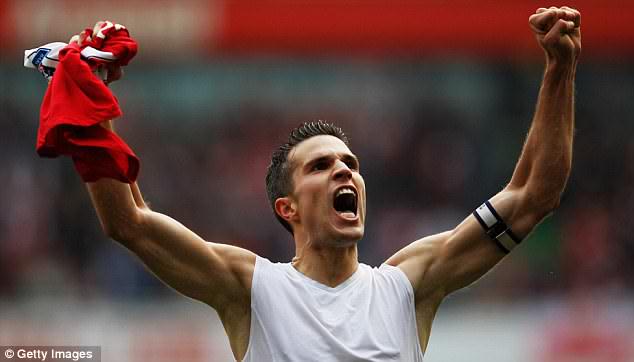